Lying on your CV: Is it worth it?

In a competitive job market, like the one we are seeing currently, job seekers are looking for ways to stand out from the crowd and it can be tempting to ‘enhance’ your CV, but, with so much information available today, you’re unlikely to get away with it. What can feel like a small exaggeration or an inconsequential fib to get a foot in the door can cost you big time, even years down the track. 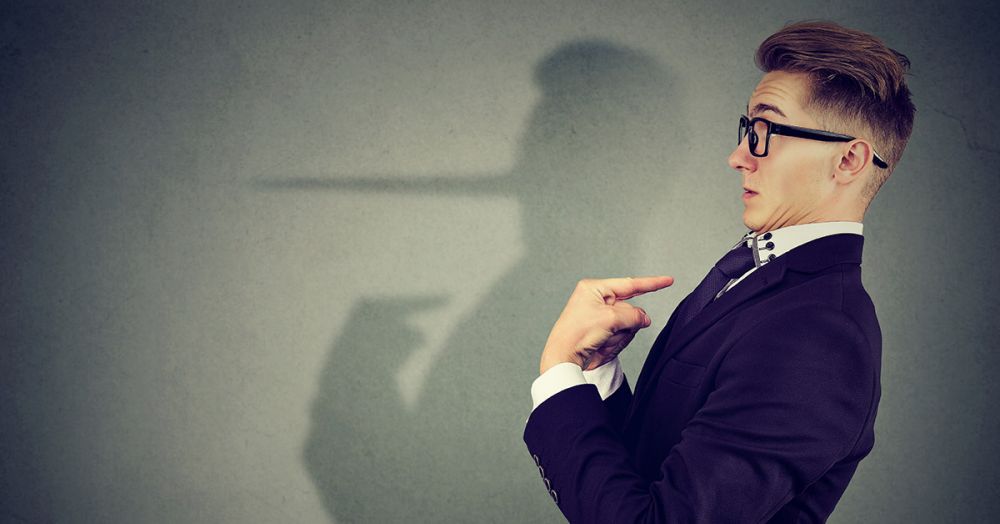 Around 30% of candidates lie in the application process, and the most common areas, in my experience, tend to be around upgrading job titles, inflating performance numbers, overstating academic qualifications and taking on other’s success as their own;  for example, saying you led a project when you were a contributor.

You can back it up with the skills, so what does it matter?

Some of these exaggerations really can feel harmless or easy to justify; “I contributed so much to the project it feels like I ran it!”.  And some do get away with it - if they have the skills to back up their claims and the employer doesn’t have another channel to find out the truth.

It’s this second one that is the undoing of many people. They might be “enhancing” their CV simply to be as good on paper as they are in reality and get that all important foot in the door, but there are so many avenues for the truth to come out.

At interview, there are many ways your lie can come to the surface – you may be asked to back up your claims with a skills test, a selection technique that is growing in adoption. Or you could be asked to describe a situation where you’ve used these skills, and if your experience isn’t authentic this will likely show in your response.

But one of the biggest ways people get caught in these lies is through their referee.

Your referee will back up your claims – won’t they?

Of course, when you ask someone to be a referee, you’re likely to be asking someone who is almost guaranteed to say good things about you. (It’s often said if you can’t find two people who will say something nice, you shouldn’t get the job!).

But even the most loyal referee can inadvertently ‘out’ you for your lies. Many recruiters and HR teams are using technologies, like Referoo, to do their reference checking and one of the key benefits is fraud detection capability. That’s right, these technologies can look for and flag inconsistencies between your application and your reference.

And if you’re thinking of using a colleague or a friend to give the reference instead of your line manager, the tech will catch you there too. Referoo has a sophisticated identity-checking system built in to make sure your referee is who they say they are.

Recruitment technologies are becoming increasingly intelligent, making it even harder to get away with a lie on your application. I’ve even seen tech that trawls LinkedIn to look for people who were senior to you at a particular organisation by matching job titles and the dates you both worked there, and then contacting them for references.

We don’t use this at Referoo because there are many reasons a person won’t put forward particular managers as referees and these reasons can be very personal, such as sexual harassment or workplace bullying issues. But it’s important to realise that the tech exists, and it can be used.

No one will know, will they?

In many fields, particularly as you get to more specialised and/or more senior roles, the talent pool in Australia is actually quite small.  As you go up the ladder, it becomes increasingly likely that someone on your interview panel knows someone at a company you previously worked at.

So, if you are being interviewed for a senior marketing position, for example, and you lie to say you ran a project at Company A, it wouldn’t be unusual that an interviewer actually knows the person who did run it and is aware you are lying on the spot.

Additionally, 70% of recruiters or hiring managers say they actively look at online and social media presence to evaluate a candidate. And around half say they have found content that caused them to make a different hiring decision. It only takes one thing to spark a seed of doubt that could signal the end of the line for your application.

You’ll be alright once you’ve got the job, right?

Many people think that once they have landed the job, it won’t matter if the lie comes to the surface, but this has proven to be incorrect. One very public example is that of Andrew Flanagan, who lied his way into a $400k executive position with retailer, Myer, only to be found out and fired. This led to the exposing of other senior positions he obtained by deception, landing him in serious legal trouble.

If you are in a more junior position, it might not have such serious outcomes, but even if you don’t lose your job, it can be incredibly damaging to your reputation in the office. It can affect your relationships with colleagues, the level of trust and autonomy you are given and even be a barrier to promotion down the track.

Of course, there are reasons people lie and it doesn’t necessarily mean you are a bad employee, or even that you don’t have the skills for the job. However, it’s an incredibly risky premise that can have serious outcomes and, even if you don’t get caught, it’s not a great way to start your relationship with your new employer.